With the Seychelles islands having so much to offer, it is only fair that we give you the option of seeing it all...

Back to Roots, Mahé Island

This is a full day cooking and cultural tour.

Step inside the home of a Seychellois family for a hands-on introduction to preparing and cooking traditional Creole cuisine. First, a visit to either the Victoria market or a local village for a look at the fresh fruits and vegetables and an impressive array of fish typically used in the Creole cuisine. Next, a small village to peruse the local fishermen's catch, and a selection of the 'fish of the day' for the meal to be prepared later that morning. Clients will then enjoy a scenic tour along the coast of Mahé to a family's home that will host the lunch. Sit back and watch or take a hands-on approach to the preparation of the meal, which may include assisting with a fire used for grilling whole breadfruit in its skin, grating coconut on a traditional blade bench, or arranging banana leaf wraps for the fish prior to cooking. Lunch dishes include some of Creole's most treasured delicacies such as grilled fish, coconut curry and Seychellois-style chutneys. After lunch, guests can enjoy the craft of kapata (the art of weaving coconut leaves into hats, baskets and other items) as well as taste kalou (fermented palm sap).

This half day excursion is dedicated exclusively to the renowned Vallée de Mai Nature Reserve a UNESCO World Heritage Site. This extraordinary forest, known as the Garden of Eden, is the most unique habitat in the universe where the Coco de Mer palm grows in its natural state. The Vallée de Mai is also home to one of the world's rarest birds, the Black Parrot.

This tour is ideal for the adventurous seeking to explore La Digue Island on their own and includes return coach transfers to the hotel and Praslin Jetty and ferry crossings. Clients arrive at La Digue on the 0900Hrs ferry where you are greeted by the islands representative for a short briefing on the most popular sites, best routes and lunch venues. You will be given a map and the bicycles for the day's adventure. The boat trip back to Praslin is at 1630Hrs.

The tour begins with a transfer from the hotel for a stop in the colonial centre of the 'world's smallest capital', Victoria. Highlights to visit are the court buildings, museum, post office, and clock tower. A turn around the corner takes one to the Codevar building where local crafts, including renowned Kreol Or (Creole Gold) are on sale, A walk across Albert Street leads one to the focal point of the town, its colourful market where stalls of fresh fish, tropical fruits and vegetables, herbs and spices are displayed in an abundance of fragrances. This is followed by a drive across the Sans Soucis mountain pass, with a photo stop at the historical Mission Lodge, en route to a Creole restaurant for lunch. After lunch, the tour continues around the southern tip of the island to the restored colonial plantation of Jardin du Roi, which is steeped in the short history of the Creoles as well as the Georges family. A cold drink of home grown fruit welcomes visitors, before they tour the surrounding plantation of vegetables, exotic fruits, herbs and spices. The rest of the afternoon is for relaxation, with a stop at the Craft Village on the way back to the hotel.

Starting with a guided tour, guests can walk along the tended paths of this primeval forest, listening to the trill of the rare Black Parrot, transporting you back to the beginning of time - giving credence to the legends of this World Heritage Site being the original garden of Eden of the Vallée de Mai guests will then be taken to Anse Lazio beach, voted amongst the Top 10 Beaches in the world.

Starting with a transfer to Victoria's marina to board our fascinating catamaran for a trip to the middle of the harbour, where you stop to feed the fish. There is ample time for marine enthusiasts to explore the reefs through the windows of the semi-submersible vessels or for those more geared to relaxation, take a swim. A mouth-watering buffet lunch is prepared in traditional creole style and served on board. After lunch, you can visit Moyennes Island or just take a nap on the beach. For the perfect ending to the day, a 'petit rum punch de Iles' is served on board before heading back to the Marine Charter and to your hotel.

An opportunity to experience a thrilling adventure trekking and cruising back on the catamaran. Starting from Danzilles, the palm-fringed trail along the deserted northwest coast is boarded by granite boulders. Our experienced guides talk about the wonders of the flora and fauna during the walk. The 90 minute walk ends at Anse Major, where the catamaran is moored in the sheltered bay. After boarding from the pristine beach by dinghy, the day's excursion continues with a cruise to the Bay Ternay marine park, stopping at some beautiful snorkelling sites. If snorkelling does not appeal to you, guests can spend time feeding the fish or sunbathing on the spacious deck. A delicious Creole buffet lunch is served on board.

If the walk does not appeal to you (for health reasons or other), guests may chooses to board the catamaran from its mooring in Victoria and enjoy the sights relaxing on a day-long cruise along the coast.

The tour starts with a transfer to Baie St. Anne jetty for a crossing to the Special Nature Reserve of Cousin Island. The cruiser moors off-shore and guests are taken to the island on a Reserve boat to prevent accidental introduction of pests to the island. It is highly recommended that guests come prepared to wrap their belongings in water-proof bags, and that they respect the safety regulations of donning life jackets. A warden leads the tour of the island with its abundance of species and habitats, from the coast with its protective mangroves, to the wetlands which attract dragonflies, moorhens, caecilans and Seychelles terrapins. On to the rejuvenated forest on the hill plateau which provides ideal nesting sites for large populations of shearwaters and bridled terns amongst the endemic trees. Endemic birds found on Cousin Island are the Magpie Robin, Sunbird, Fody, Blue Pigeon and the Warbler. The tour continues with a 30 minute boat ride to Curieuse Island, where the splendid Creole lunch is served on the Catamaran. Curieuse Island has a large population of giant tortoises which range across the islands freely. The tour ends with 60 minutes snorkelling off the tiny island of St. Pierre to view the abundant marine life.

Praslin, the second largest island in the Seychelles, lies approximately 1 hour by boat from Mahé. Guests will be able to visit the Vallée de Mai, the only place on earth where the Coco de Mer nut grows in its natural state. The tour includes a visit to Anse Lazio beach, before the 30 minute crossing to La Digue. Guests will marvel at the timeless atmosphere, with the comforts of the 21st century blending smoothly with the tranquillity of yesteryear, where life is lived mainly at the pace of the oxen. Transfer from the jetty is by pick-up truck to the L'Union Estate, for a tour of the copra sheds, the giant tortoises and the recently refurbished colonial plantation house. The tour of La Digue resumes by camion, stopping at Anse Sourse d'Argent, one of the most spectacular beaches in the world. There is ample time to photograph the impressive granite rock formations and relax on the beach.

The Coco de Mer, native to the islands, produces the largest seed in the world. The distinctly shaped nut can weigh up to 33 pounds! 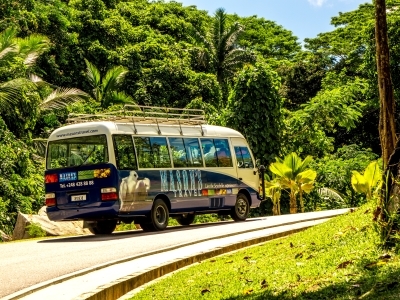 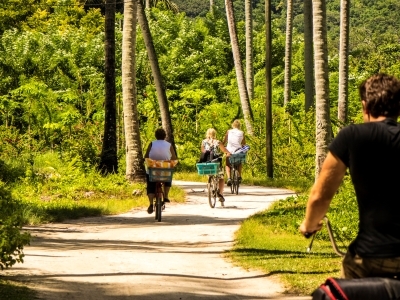 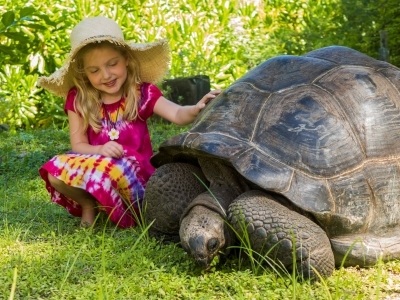 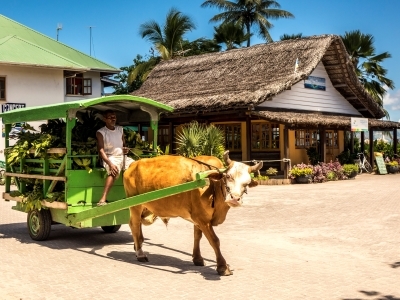 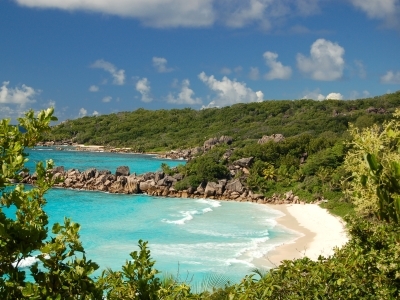 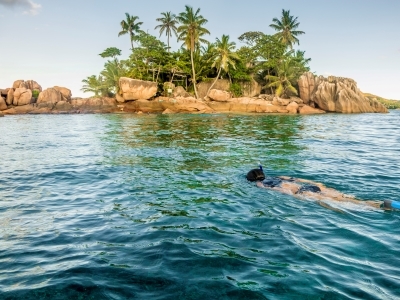 Find out how we can help you...

Request Quotation
Where to Stay
Request Callback
Back to Top

We know your time is valuable, so let us know when suits you and we will give you a call to discuss your holiday. Simply fill out the short form below and we will get back to you. Please be aware our sales team are available between 09:00 - 18:00 Monday - Friday.